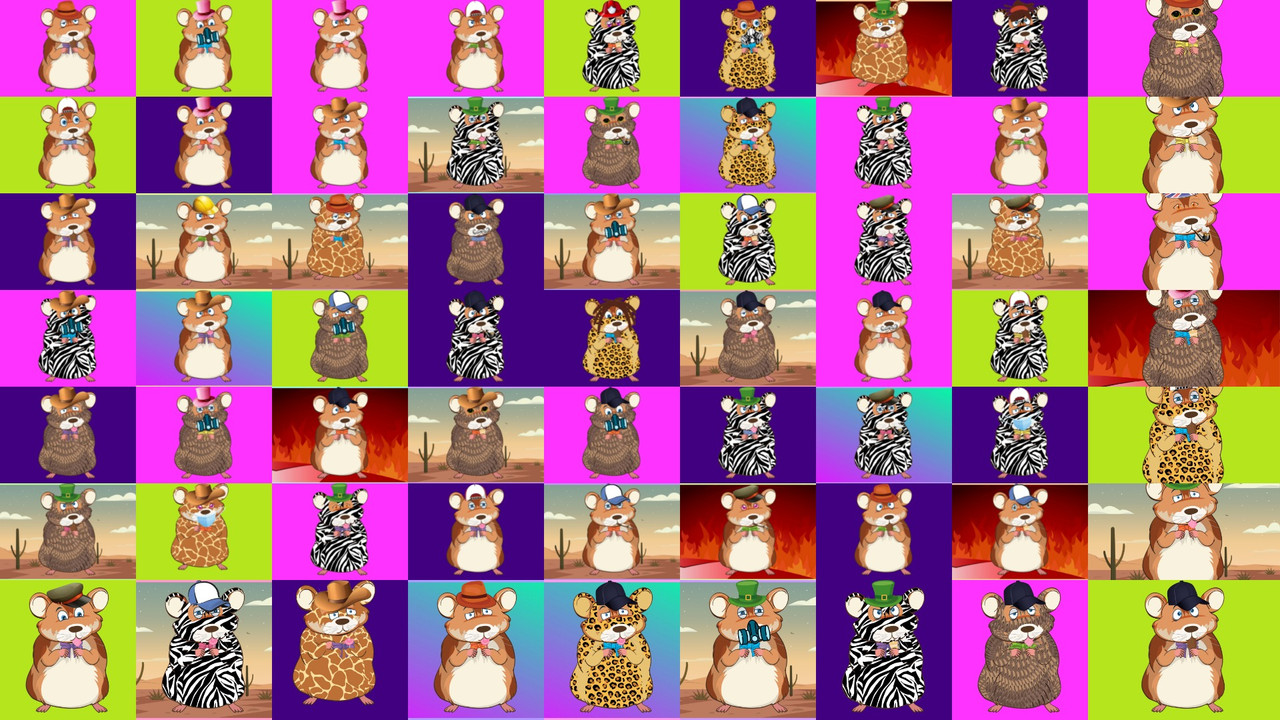 Human influence on the hamsters' habitats is the cause of the species' decline.

And so, WE DID FREE SOME HAMSTERS!

All the Bonzai Hamsters were living in a glass showcase where a cruel being had trapped them. People came day by day, saw them squeaking and scratching the glass for help, but none of them helped the hamsters.

But what was next?! Yeah! One day they together broke the glass with their little paws! And yes, when they came out, the did bite the cruel being who had trapped them earlier.

So again, they are free in their habitats. Some in deserts, some in hell, and the naughty ones have crept into the Solana Blockchain!

Get them out! RIGHT NOW!!

🔹 - 80% Royalties distributed to the holders weekly

🔹 - Getting listed on 5 secondary marketplaces

🔹 - 5% of the mint money distributed among the top 5 holders

🔹 - Getting a professional financial analyst to help holders with crypto calls

🔹 - The Hamster Club get more interesting and the mysterious story comes out. The person to solve the mystery gets 5 SOL

🔹 - 2 Mutant Hamsters given to 2 top holders

🔹 - Sweep the Floor to maintain a higher floor price

There you go! Here are some sneek peeks of the hamsters

Stuck in the Desert

Hat on Top, Icecream in mouth!

Curious to come to you

Who are Bonzai Hamsters?

Algorithmically generated Hamsters living in the atmosphere of the Solana blockchain!!

When is the launch?

Date and Time To be announced

How much will it cost to mint a Bonzai Hamster?

The mint price will be announced closer to the official launch date.

When will I get my Hamster after minting?

You will receive your Hamster right after successfully minting. It might take a few minutes for it to appear in your wallet.

Where can I buy/sell Hamster after launch?

We will be potentially listed on Solanart, Magic Eden , Digital Eyes, Solsea and Alpha Art

Is there a limit on how many we can get?

There is no limit per wallet. If you are quick enough you can snatch as many as you can. However, there will be only 1 Hamster will be given for 1 transaction.

Is there a rarity chart?

What Solana wallets should I use when minting?

We will be using Phantom, Sollet and Solflare wallets for the website connection. Out of these ones you can use whatever you prefer.

Meet the team behind the Bonzai Hamsters